The Caravan Farm Theatre in Armstrong, near Kamloops has been running for 35 years.  I’m trying to work out the first time I went and think it was about 18 years ago.  We went  again about 3 years ago and again this week to see Head over Heels.

‘There is no theatre building – just the great outdoors.’

When we went three years ago,  after walking up a lantern lined path into the woods, there was a clearing in the woods with seating, each set was brought on by their trademark Clydesdale Horses and the musicians were perched in the trees.  This year the set was stationary but still just as special and a Clydesdale called Shopping Cart does make a few appearances.

A plane crashes in the middle of nowhere, Oola has lost her twin brother somewhere in the crash.  And to top it off, she has arrived in a mysterious, unknown land, where nothing is as it should be, things are not what they could be, and no one is who they say they are.  Mistaken identity, backward antics, and madness of love send Oola into a furious frenzy of absolute delirium.

I was a bit uncertain for about the first 20 minutes but then it all started coming together.  The skill of the writers and actors was obvious as the story unfolded.  The second half came together seamlessly.   I haven’t laughed so hard in ages.

There were children in the audience but if I’m honest, I don’t think it was suitable for kids as the content and innuendos would have been lost on them.

It’s a truly unique experience and if you haven’t been you should.  Adult tickets are $34 (CAD)

A couple of weeks ago we parked our VW Passat on the drive and headed to Canada. I have to say my hubby doesn’t miss commuting into London by train nor do I miss sitting stationary on the M25. We’ve driven everything from an AC Cobra to quad bikes.

Sometimes I do wonder why I left Canada. 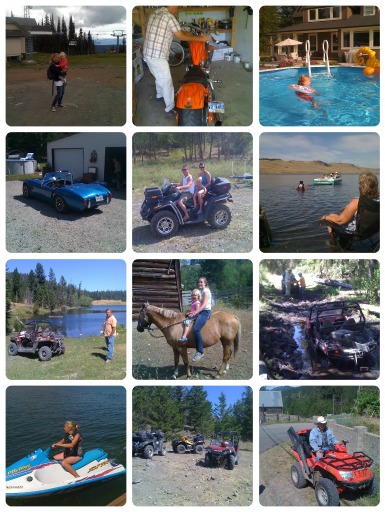