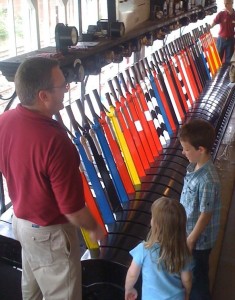 Prior to agreeing to review Bush Tales by Matthew R Jameson, a multimedia collection of 12 stories rooted from the legends and Folklore of Africa performed by West End stars, I had a quick look at their website.  Madame was transfixed immediately, so I agreed.  We haven’t listened to the CD yet, as I’m too lazy to load it into I-tunes but we have read the Bush Baby Chorus Book and watched almost all of the stories on DVD.

I was a bit worried that the language was a bit beyond a 3 year old but this didn’t take away from her enjoyment.  She loves the musical scores and the beautiful illustrations. She keeps saying ‘I want to watch another one’.  My personal favourites are Unthinkably Pink and the Meerkat Muchachos.  It’s a wonderful way of introducing children to Classical Music, something which we may not have done otherwise. 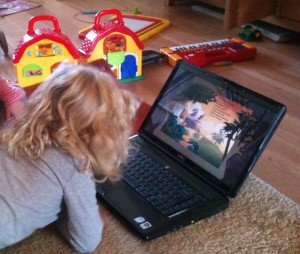 I’m really looking forward to getting my hands on the Unthinkably Pink Bush Tale Games and Story Book app.  We had a small hiccup with I-tunes codes so I’ll have to get back to you on that one.