My daughter’s topic at school at the moment is ‘Digging up things from the past’ which includes art.  So we thought it was the perfect opportunity to pop down to the British Museum to see the Eldorado Exhibit, to show her we are interested in her learning and support what she’s doing in school. It’s only a short hop from St Pancras International, you could walk it or jump on the tube to Russell Square.

Enduring tale of a city of gold

‘The exhibition delves into the legend of El Dorado and features over 200 objects from Museo del Oro, Bogotá, and around 100 from the British Museum’s collection.’ 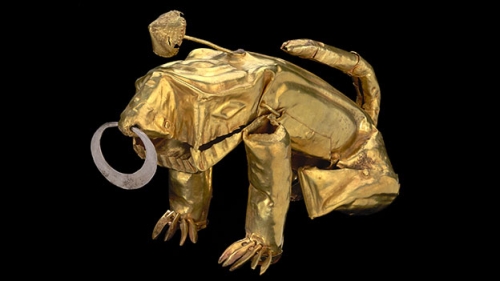 If I’m honest, she wasn’t too taken with the exhibit, albeit it was rather impressive collection for adults, but didn’t have the ability to grab and hold her attention.  Do bear in mind she is only 6 but she did enjoy working out what the objects were made of and what they may be used for, which is exactly what they’ve been doing in school. 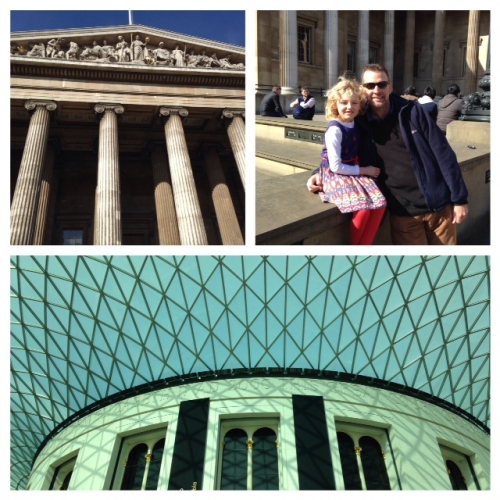 Get the most out of the Museum

After the Eldorado Exhibit, we wondered around a bit lost, not actually lost, just not sure where to start,  but then we were pointed in the direction of the Families Help Desk, where the staff were incredibly helpful.  They introduced us to a selection of Museum Trails for kids age 6-11, that were only about 45 minutes long which was perfect. 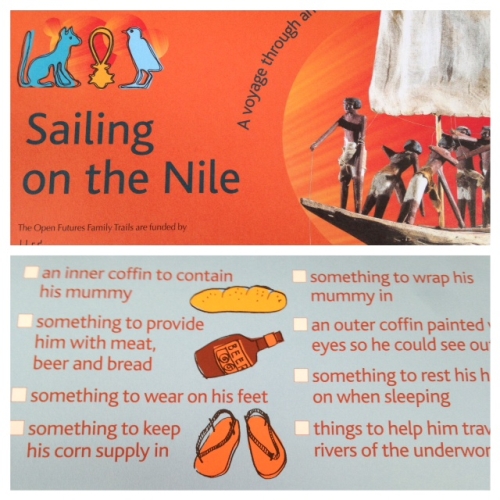 Surprisingly my daughter chose the one about Ancient Egypt (Sailing the Nile), even though she previously suffered from a fear of mummies, so much so that she hid all her books that had any reference to them.  It was the perfect length, gave us a focal point and helped her to engage with the exhibit.

We will definitely be going back to try out a few more of the trails.  Thanks to American Airlines and the British Museum for this opportunity.

Note:  The places to eat inside the Museum are decent, plus there are loads of pubs and other eateries dotted around the Museum.  Or if the weather is nice take a picnic and eat on the stairs out front.