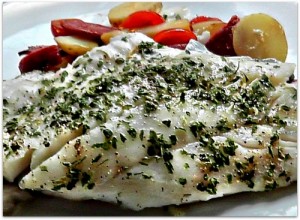 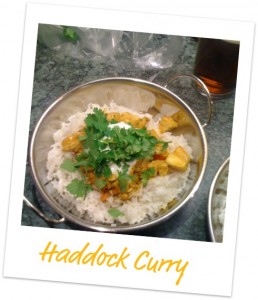 Can you settle a debate between @chickenruby and me?  She says you should never under any circumstance have Fish in Curry and the mere thought makes her feel sick.  She likes fish and she likes curry but she says you shouldn’t mix the two.  I on the otherhand, have started cooking more fish curries recently and I really like them.

Here is a Haddock Curry that I made earlier and it was delicious.  The recipe can be found here.

Disclosure:  The fish was provided by John Milne of Delish Fish and is part of Fish is the Dish Campaign to encourage families to eat more fish from sustainable sources. 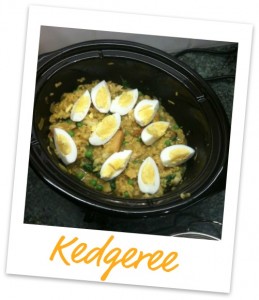 I was sent an amazing selection of haddock and smoked salmon from John Milne from Delish Fish, as part of the Fish is the Dish campaign to encourage families to eat more fish from sustainable stocks. They also sent a recipe for Kedgeree but, me being me, my first challenge was to figure out how I could do it in the slow cooker! I was once asked if there is anything I wouldn’t cook in a slow cooker and the only thing I can think of is pancakes!

I have to admit that this recipe has been completely bastardized from Sarah Lewis Smoked Mackerel Kedgeree recipe as I was using haddock and didn’t have any vegetable stock or rocket. I can’t recommend her books enough.

My hubby’s reaction ‘Chrissie this is gorgeous’ and he rarely uses my first name! This says a lot!

If you decide to try it I’d love to hear what you think. For more slow cooker recipes click the slow cooker tab at the top!