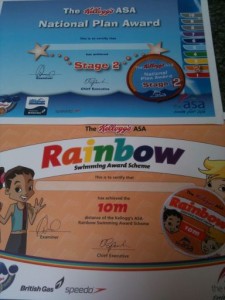 Swimming is a life skill and should not be optional.  According to ROSPA, on average 40-50 children drown per year in the UK.

I know someone who, when he was at primary school, hated swimming lessons, I don’t know if it was because he was self-conscious of his body or what, but his mother would wrote him a note so he did not have to participate in swimming lessons.  I don’t think she did him any favours.  As an adult he eventually enrolled in adult swimming classes but will never be fully at ease in the water, he looks like one of those water boatman, arms rigid and barely breaking the surface tension!

This is one of the biggest reasons we put Madame into swimming lessons at a very young age (4 months).  In the early days it was probably more of a social thing for me as a new mum but I’m now overjoyed that at 3.5 years old she can now swim 10m on her own.  This is one less worry for us now when we go on holiday or are around water as we know that if she falls in the water, heaven forbid we’re not around; she at least has a good chance of getting herself out.

Madame had her first ever ski lesson this morning courtesy of  The Snow Centre.  Even though I’m Canadian, I was secretly hoping she wouldn’t like it as it’s one of those sports, like horse riding, that may require a second mortgage!  However, she absolutely loved it!  At the end of her lesson she demanded more and tried to make a break for the big slope!

A special thanks to Ali Fischer, the Marketing Assistant, at the Snow Centre for such a warm welcome and to Nicole for being and ever so patient Instructor.

I can’t wait till she turns 4 so I can get her into lessons.  Shhh, don’t tell hubby!

The music is by Blues Traveller one of my favourite bands. 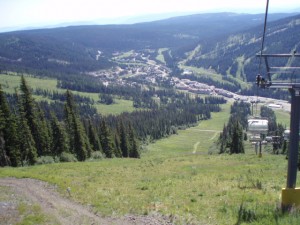