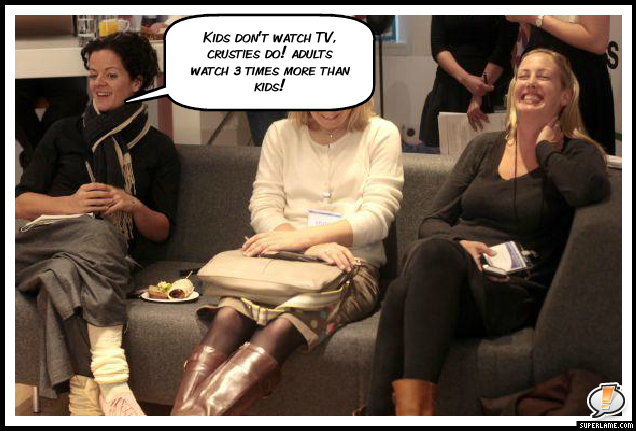 I was a bit worried that I wasn’t going to be able to enter Noble Savage’s Funky Friday Give-Away for the chance to win Old school, vintage Sesame Street (select episodes from 1974-79) on DVD as all my photos of me growing up in the 70s are back in Canada.  But, then I remembered my aunt had sent me this photo a while back.  She’d just worked out how to use a scanner. 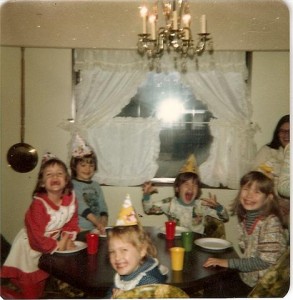 That’s me front row centre with the dodgy haircut, cheesy grin, and blue polka-dot polyester dress! I can still remember how it felt against my skin.   That’s my sister on the left with the matching dress but minus teeth!  My mum was always dressing us the same.  I don’t know exactly when the picture was taken but I’m guessing it was about 1976.  Check out the curtains in the background!

And if that fails to impress here is a photo of me dressed up as Anni-Frid Lyngstad on my 27th Birthday! 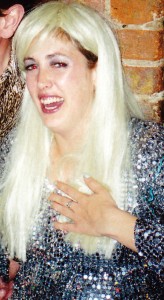