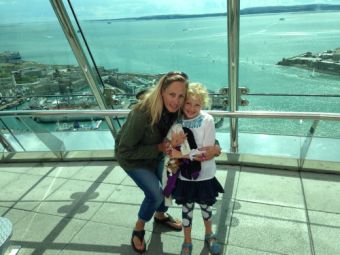 If you haven’t been to Portsmouth in awhile you really should!

I’ve only ever been to Portsmouth once before and that was to take a ferry to France, so really didn’t have any prior experience of it.  When we were planning on making an overnight trip a few weeks ago, I asked online about Portsmouth and places to eat, a few people were negative about the area.

I can’t tell you how wrong these people were, I’m guessing they haven’t visited for awhile.

Pending traffic, the journey is less than 2 hours away from St Albans, Herts.  We decided for ease sake to use the Park and Ride system and from the moment we parked up we were extremely impressed.  Buses run regularly to the Harbour and take less than 12 minutes, whizzing passed all the traffic via the bus lanes and cost as little as £2 for a return journey.  Once you are at the harbour everything is in easy walking distance.

We arrived a bit later than expected so food was first on the agenda.  We headed to the Gun Wharf Quays, which boasts 90 premium outlet stores and any a huge selection of restaurants, bars and cafe’s everything from Burger King to Jamie’s Kitchen to Loch Fyne.  We wanted something fairly quick so we opted for Wagamama’s.  The location and facility was impressive in itself, with commanding views of the Sea or Canal depending on where you choose to eat. 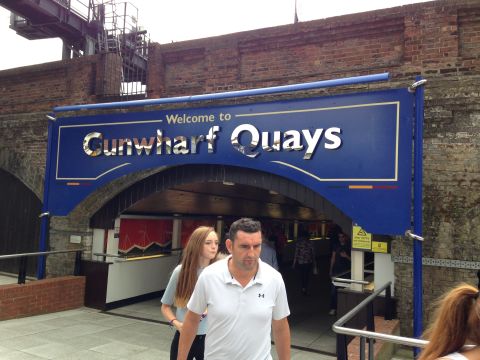 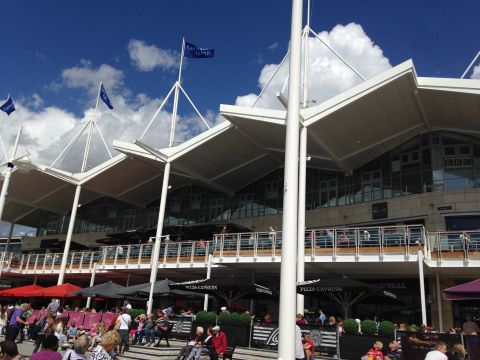 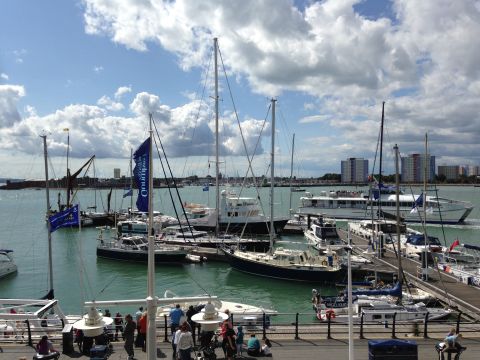 Our first stop was the Spinnaker Tower, all 360 feet of it, it’s Portsmouth’s Prominent Landmark and overlooks the Harbour, Gunwharf Keys and Historic Dockyards.  I’m terrified of heights but glad I persuaded myself to go up in the lift as the views were incredible, we had a clear day so could see for miles.  I wasn’t brave enough to stand on the glass floor, unlike my daughter, but did make it up to the 3rd Open Air Deck. 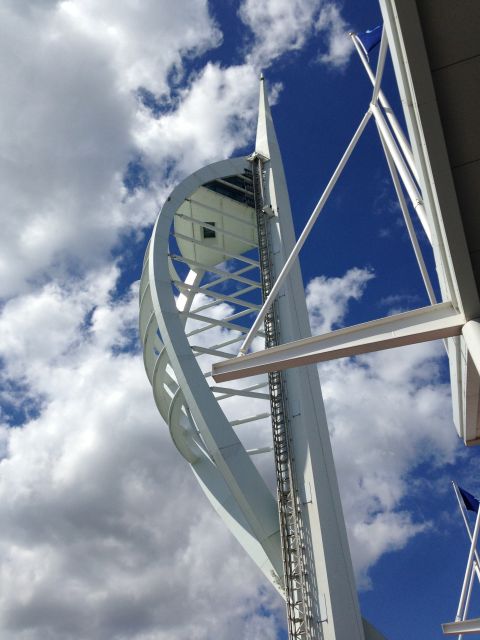 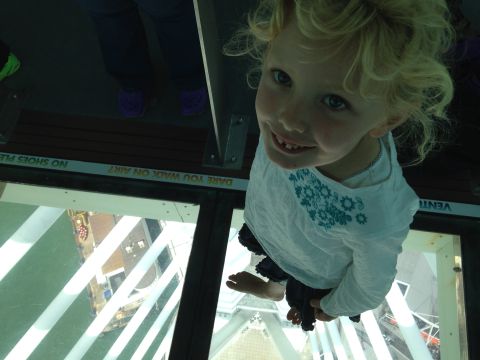 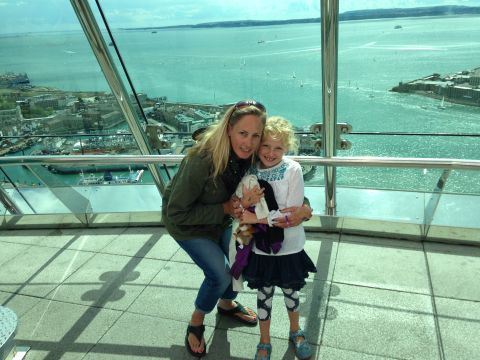 The reason we went to Portsmouth in the first place was my Husband, he has a love of anything nautical and when he was at University he was in the University Royal Navy Unit, a volunteer program which provides high-quality sea training.  He was very impressed with how much the area had changed and saw his old Patrol Boat.

A Great Day out for the Whole Family

The rest of the day was spent at Portsmouth’s Historical Dockyard.  We could have spent two days there. To humour our  6 year old daughter, we made a quick stop at Action Stations, an interactive play centre for kids but we were really there to see the ships.  She had a quick go at the climbing wall, experienced a Helicopter Simulator and engaged in some physical combat.

We then explored the HMS Warrior, (1860) Britain’s first iron-hulled armoured ship, The  HMS Victory, Best known for her role in the Battle of Trafalgar  and the Mary Rose Museum, where you can learn about the restoration of Henry VIII favourite Warship which was raised from the seabed in 1982 and get a glimpse into Maritime Life, some great interactive displays for kids.  Being able to physically walk through the first two really gave you a feel for what it must have been like to have lived aboard these great ships for months.  My daughter found the whole experience fascinating. 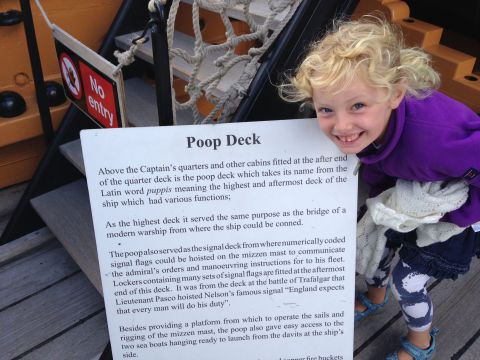 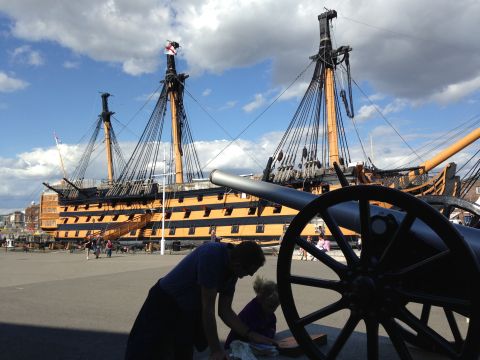 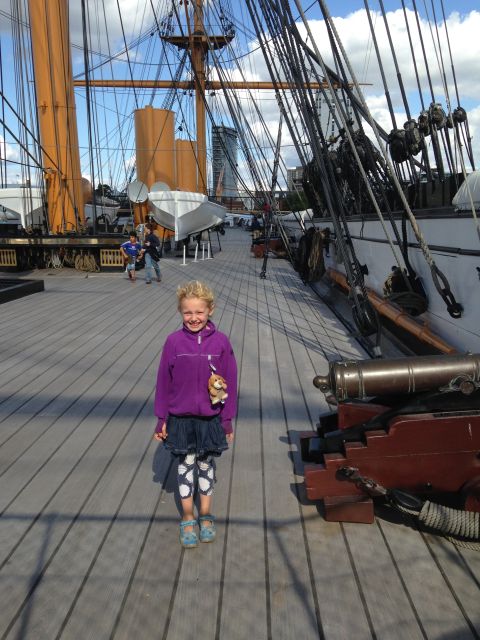 Half a day really didn’t give it justice.  We could have spent 2-3 days there.  If you do decide to visit you can save up to 40% off by buying a family ticket, which covers 2 Adults and 3 kids from Amazon Local, plus it’s good for 12 months so you can go back again, which we definitely will be.  We also had tickets for the Royal Marines Museum, which would have been very interesting, but simply didn’t have time.  There was so much to see and do, we will definitely be going back.

If you’re planning a trip to the area check out the full list of Attractions in Hampshire .