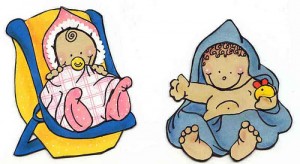 15 thoughts on “Raising a Genderless Baby”