How to organise a stress-free birthday party

I’ve always been adamant that I wasn’t going to get caught up in the whole Birthday party thing; inviting the entire class and spending a fortune.  However, I don’t mind paying a bit more for a small group to do something special.

Last year we didn’t have a party when our daughter turned 5.  It was her first year at the school, her birthday is in September and we didn’t know enough people to invite.  So, we had a quiet family party and spent the day with one of her closest friends.  However, after attending a plethora of parties this year there was no way we were going to get away with it this year.

I’ve had a party at the house once and if I’m honest it cost nearly as much, was stressful and I was left to clear up the mess at  the end.  Plus our house is tiny. 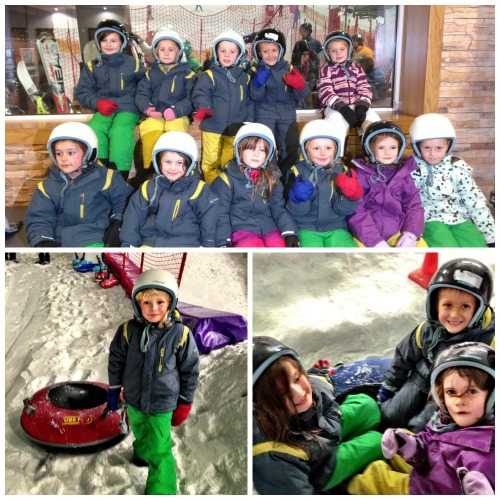 This year we decided to go sledging at the Hemel Snow Centre near St Albans.  It’s not cheap at £19.95 per child, but after I booked I had a nosy at other venues, mostly soft play and it was only about £3 cheaper a head and you didn’t get a warm buffet.

However, the sledging party included:

Plus, for an additional £30 you can have waterproof clothing for all the kids, which I think the parents appreciated.  All we really needed was a pair of wellies or snow boots. 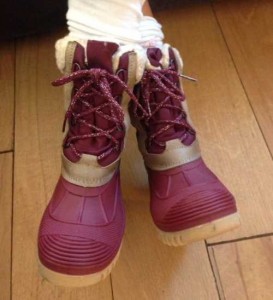 I was a bit nervous about what we were going to do in the party room with 10 hyper kids for an hour. However, the time flew by, by the time they ate we only had about 30 minutes to fill. You can bring your own music as they have a docking station but do bare in mind the new Iphone 5s don’t work.

Prior to the party I put a little birthday party playlist together of songs that I thought would get them dancing.  I did check out a few kids party albums, but they really did make my ears bleed.

As an ex-teacher the thought of children running riot with no structure terrified me.  However, I didn’t want to go down the road of bringing loads of equipment to play games, wanting to keep it as simple as possible.  As I had the Ipod with us I decided on musical games.  As soon as I thought they were going a bit ‘doolally’ we gathered them together and played a quick game of Musical Bumps.

Don’t forget to bring prizes for the winner.  I opted for little bags of gold coins that cost .45p each.

I know some parents are hell bent on baking their own cakes for their kid’s birthday parties, I applaud them and I’m sure the look on their faces is worth it.  However, as I’m domestically challenged, if I baked a cake for my daughter I’d definitely remember the look of sheer disappointment on her face.  I’m a strong believer of paying the professionals and knowing ones limitations.

In St Albans, we are blessed as we have the lovely Lucy from Heavens a Cupcake who is incredibly talented.  All I said to her was that it was a sledging party and I needed 12 cupcakes.  Aren’t they gorgeous!  She makes all the toppings by hand and they not only look amazing they taste amazing as well. 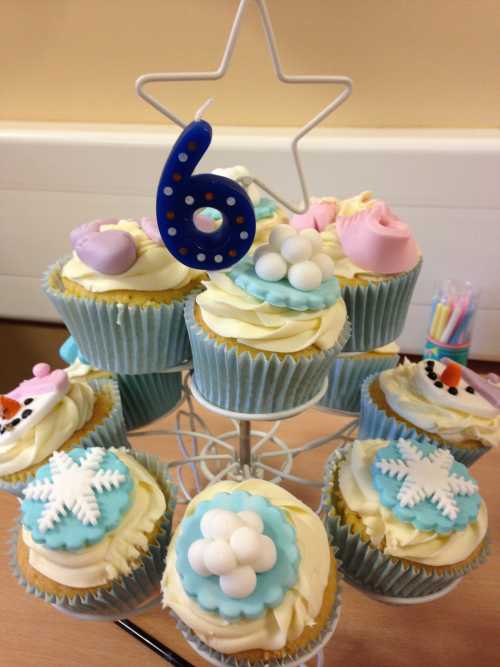 As I’ve mentioned before I’m not a huge fan of party bags.  I hate seeing parents waste money on bags full of plastic tat that ends up in the recycling bin when the kids aren’t looking.  I originally was going to just give out books.  I bought a 10 pack of Horrid Henry Books for Early Readers from the Book People for £9.99 but then had a wobble as I thought the kids may be disappointed as they would be expecting a party bag.

So, I popped to the Mr. Simms Olde Sweet Shoppe in St Albans and bought little bags of traditional sweets (£1 each) for the kids.  In the end each party bag cost just under £2 which I think is reasonable.  Do consider buying an extra one just in case.

I was absolutely blessed that the parents that came to help out, were not only friends but they’re also the type of people to jump in and help at any point.  They could tell I was a little befuddled so jumped right in setting up the room whilst the rest of us were traipsing up and down the hill.  Thanks ladies!

I’m a big stickler for thank you cards, but we all know that it can be incredibly stressful and frustrating to get an early writer to write 10 thank you cards.  I tend to cheat, I use services like Photobox, where I can upload my own photo and create our own thank you card using the post card option.  Each child then ends up with a photo to remember the day by. 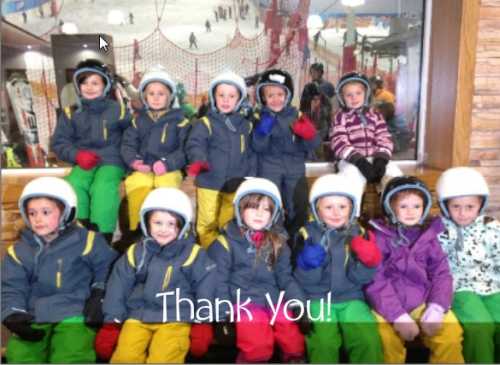 Did I miss anything?  If so, please do leave a comment below.

Disclosure:  The Wellies were courtesy of Start Rite Shoes for review purposes but aren’t they gorgeous.  I want a pair for myself.

3 thoughts on “My Top 7 Tips for a Successful Birthday Party!”