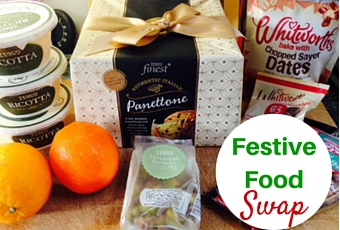 Baking is not my strong point and for anyone who knows me baking with kids stresses me out; flour everywhere, egg shells in the batter and sugar on the floor. 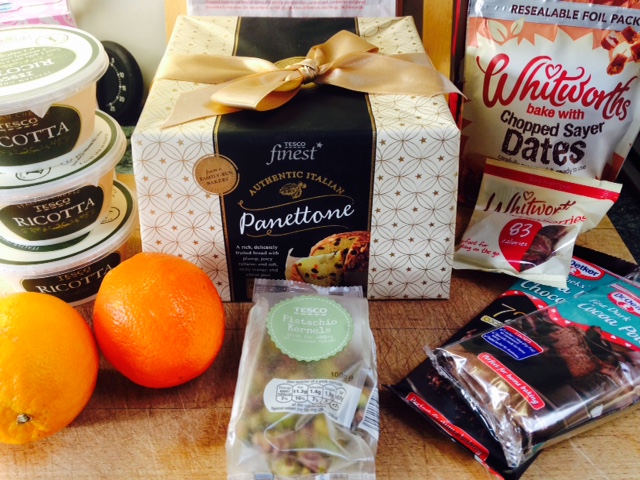 So, when we were asked to take part in Tesco’s Festive Food Swap, which encourages people to try different tastes from around the world, I was secretly pleased the Italian recipe I received, from Giulia Mulè,  was more of an assembly job rather than a full on baking experience, no need to even preheat the oven.

The Festive Food Swap  was also a great opportunity to introduce my daughter about different Christmas Traditions from around the World.  She was intrigued by ‘Befana’, a friendly witch who delivers sweets and toys on the 5th of January instead of Father Christmas.

We were asked to make a Zuccotto Panettone and Ricotto Cake, which is a traditional dessert from Florence, Italy.  It seems that, it’s a good way to use up all of the left over Panettone after the Festive Season.  I have to admit, it felt rather strange cutting up a perfectly good cake to make another one. 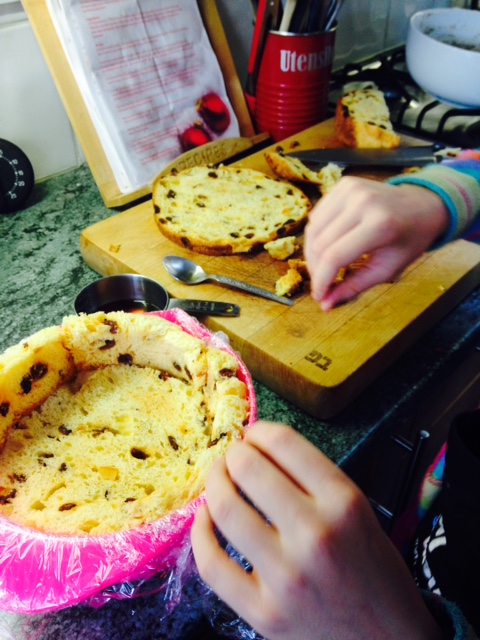 We had a lot of fun putting it together and narrowly avoided using the wrong size bowl, no idea why I was thinking in inches, a 16 inch layered Panettone Cake would have been massive. 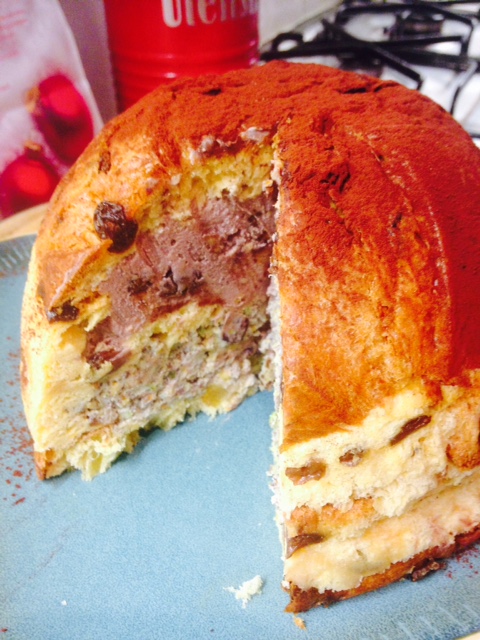 I’ve had a look on Google and ours seems to look like it should so we were happy.  However, I have to be honest, I’ve never been a lover of dried fruit and don’t tend to eat a lot of chocolate or puddings in general,  so it wasn’t to my liking, but you could definitely taste all the different flavours and can see the a ‘peel’. 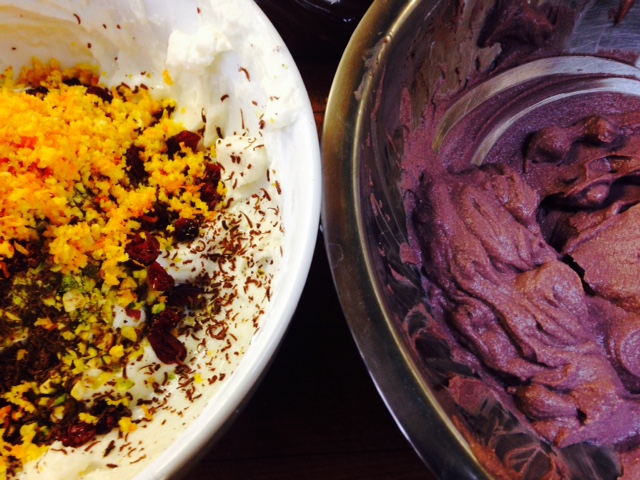 I think my daughter was put off by the Marsala wine (Fortified Italian Wine) even though it took Google, a Tesco Employee and myself to find it, she obviously doesn’t take after her mother who would never turn her nose up at wine. 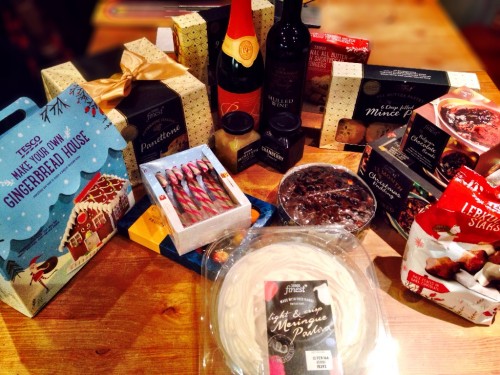 Thanks to Giulia and Tesco for the opportunity.