Would you let your 4 year old wear make-up or worse, put it on you?

I don’t normally wear make-up as I’m such a natural beauty!  Joking aside, I don’t do it because no matter how long I spent on it, the result would be the same…Yes, I’m passed it!  This is what I normally wear, yes, just mascara and lip salve. 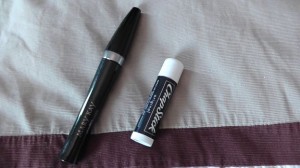 However, I was given a challenge…allow your kid to do your make-up with no direction or input and with free access to your make-up.  Gulp!  This required a glass of wine or two.

This is me before….after I removed my lovely white linen work shirt. 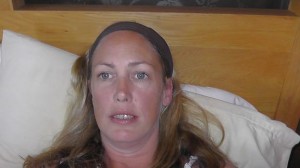 I honestly don’t have a huge supply of make-up but, over the years, I have accumulated a stock for Fancy dress and 80s blue eye-shadow.  I still have the same blusher from 8 years ago.

The Joker was a bit enthusiastic.  I have to admit the eye-lash curlers were slightly painful and can’t help thinking lipstick should go on the lips? 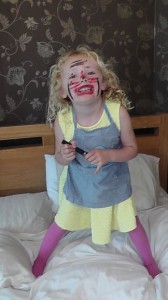 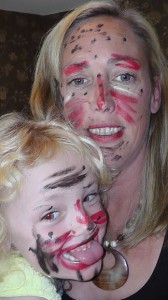 After watching her work her magic, I’m convinced I need to spend a bit more time on myself.

I don’t normally join into this type of thing but this one is absolutely hilarious so I’m tagging the following fellow bloggers.

Honestly, ladies have fun, it was one of those lovely mother and daughter moments and remember Baby Wipes are  your friend.  Can’t wait to see the photos! 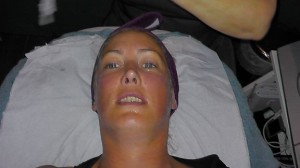 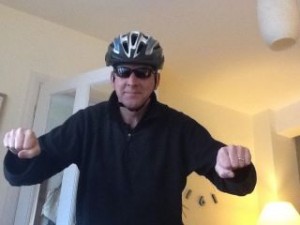 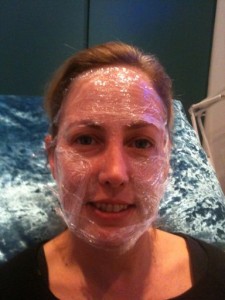 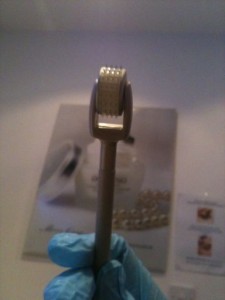 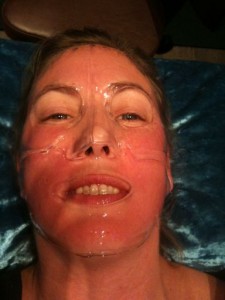 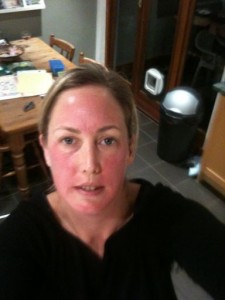