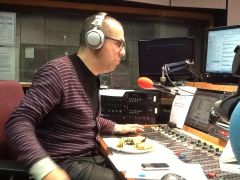 There was a meme going around awhile ago, unfortunately, I wasn’t tagged, but you know me, I decided to do it anyhow. The only rule was that you didn’t clean the kitchen beforehand…..*ahem*

Don’t get too excited, we live 20 minutes from London and you don’t get much bang for your buck!!!

I don’t want to formally tag anyone but would love to see @chickenruby, @annieqpr, @dadyougeek and @geekmummy’s kitchens. 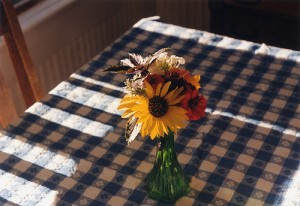 Tonight we ate around the kitchen table as a family for the first time in a very long time.  Unfortunately, my husband works in the city and normally doesn’t get home till after 7 or 8 so it’s a little late to make Madame wait for her dinner.  So, she often eats on her own in the kitchen with me busying myself in the background.  Then her father and I eat on our laps in front of the TV much later.    I have a feeling that this is the norm for most families.  Sharing meal times seems to be a thing of the past.

I’d be interested to know how often you eat together as a family.

I’ve been doing a bit of reading and it seems that the benefits of eating together as a family is ten fold.  I’m in no way preaching or trying to make you feel bad, I was just curious. According to the articles I read, families who eat together have a stronger bond, children do better at school, they eat more nutritional meals, they learn how to cook, have better table manners and communication skills and you can save money.

I can’t change my hubbies work schedule and I’m sure this is only going to get more difficult when Madame starts school and a zillion other clubs and activities. However, I’m going to make an effort to eat together as a family on weekends.  I’ve also toyed with the idea of having breakfast together but I’m not a morning person.

Can someone remind me about this post the next time I order a Curry on a Saturday Night?