We were sent these beautiful wooden toys from the lovely folks at The Wooden Toy Shop.  Madame immediately set about trying to set the cakes out exactly like how they were on the box.  I think she did a pretty good job.  However, after a few minutes it dawned on me that I don’t actually know what a few of the cakes are.  I blame this on being a foreigner.  I’m okay with the fairy cakes, donut and Bourbon Biscuits, as it has Bourbon written on it but what are the other four??

My other big dilemma; Do I teach Madame that it’s Zee or Zed?  Is it a Zeh-bra or a Zee-bra?? 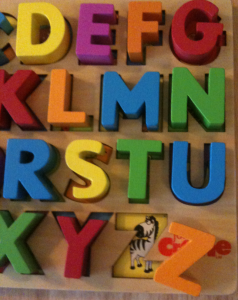 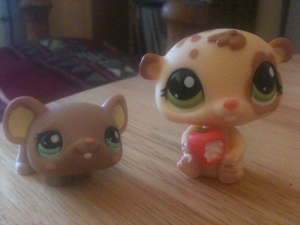