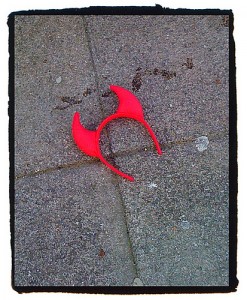 22 thoughts on “Laughing in the Face of Death!”