I’ve met up with a few tweeters from time to time but I have never been to a proper tweetup.  Last night was a first for me.  Originally it was going to be @annieqpr and myself for a few drinks then we opened it up to a couple of others.  We really weren’t sure how many people were going to turn up as we hadn’t really worked out a proper hashtag and were resigned to it probably just being the two of us.

I had to laugh…when we first walked in Annie started pointing at people excitedly and I said with disdain ‘would you stop pointing at strangers!’.  But she was right it was everyone.  We were quite surprised at the number of people.  In the end there was 13 of us and a really good bunch of people.  It was such a treat to be able to talk about twitter without that skeptical look I usually get.

One of my highlights was when @andybasildon walked in.  I said to Annie, ‘two bald guys just walked in’….she nearly hurdled the sofa!

I’ve taken a few photos but the quality are poor and I’m not allowed to publish any with Annie’s face in it but she didn’t say anything about her legs.

It was nice to meet you all and I look forward to doing it again soon.  If you do have any photos please do send them to me or post a link in the comments section.  I’ve also created a list on twitter if you’re struggling to remember people’s names. 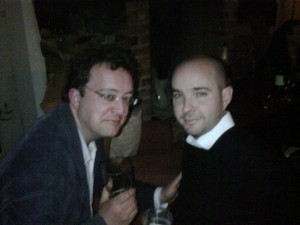 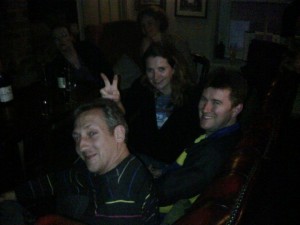 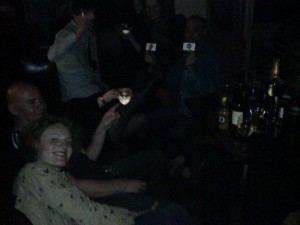