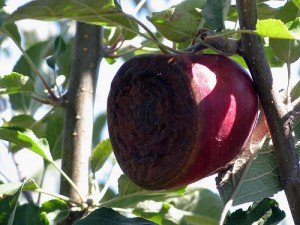 I don’t know what I found more distasteful last night the bare knuckle fighting on Big Fat Gypsy Wedding or the behaviour on Blogger.ed. They both left me with the same sick feeling.

I’m not going to into the finer details or discuss who was right or wrong or what was going on, as this is the side of blogging that I despise and really doesn’t deserve anymore attention. In the end, the rest of us were punished. It may be coincidental, but I have a sneaky suspicion that the forum was taken down in an effort to diffuse the situation and I fully understand why the administrators may have decided to do this.  However, it may have been the web monkey’s misbehaving again.

However, it reminded me of when we were teenagers. My mom received a rather large phone bill to a female sex chat line, one of those 0900 numbers. At the time there were three teens in the house; me, my sister and my step brother. It doesn’t take a genius to work out who it was. The one thing my mother always demanded was honesty. As long as you owned up to what you did and quickly, the consequences were a lot less and trust me you didn’t want to suffer the wrath of my mother.

So, she gave the culprit the opportunity to come forward. We were all grounded (couldn’t go out) until someone owned up to it, even though she knew damn well that my sister and I hadn’t done it. For a couple of teenage girls this was hell. If I remember correctly we ended up spending the whole weekend in and I don’t think he ever owned up to it.

So, I felt a bit narked tonight when I wanted to go onto Blogger.ed and it was down. I know the administrators abhor censoring content or banning people but in this case I think it may have been an idea to remove the threads and temporarily muzzle the perpetrators and let the rest of use get on with it. Nevertheless, I’m sure it will be up and running again soon.