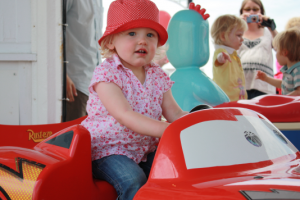 I’m just trying to work out in my head how I feel about car insurers no longer being able to quote based on gender.  When it was first proposed, my initial thought was that it seemed fair that quotes shouldn’t be based on gender and did seem sexist.  Why should someone receive a discount just because they’re female, even if men are statistically more likely to be involved in accidents?   But what does this mean for men who are safe drivers with clean driving records and what about women with less than gleaming driving records?  I personally feel that car insurance quotes should be based on your driving history.

However, now that European judges have outlawed the setting of car insurance premiums based on gender which goes into effect in December 2012; there is a good chance that my own insurance will go up by about 25%.   I wouldn’t mind if the savings were equalised between men and women drivers, but I predict that in fact we will all be paying more.  It’s going to cost insurance companies to implement this and I predict these costs will be passed onto us.

Our car insurance is already increasing at ridiculous rate.  I can’t remember exactly, but our quote this year was astronomically higher than last year and we haven’t made any claims.  A single male friend of mine in his 30s, saw his insurance go from £300 to £1800 and he hadn’t made any claims.  When we enquired with the company their response was that, due to the economy (recession), there has been a huge increase in the number of claims.  This doesn’t make sense to me.  Why should I be paying more, when I haven’t made any claims?  Shouldn’t those with poor driving records be footing the bill?  In the end, we did shop around and moved our car insurance.

What do you think? Could this result in more uninsured motorists on the road?  Are you prepared to install a blackbox in your car? What about ageism as young people pay an extortionate amount for car insurance?    Would love to hear your thoughts?