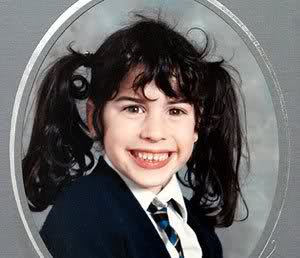 Ha ha! I’ve been tagged by the crazy Pippa to do the Karaoke Meme! Seriously, check out her video, she’s truly insane and completely sober! This one was dead easy for me and I’m doing a bit of a cheat. This is a video from a tweet up last year, where I did my rendition of Dancing Queen.

I’d be amazed if you haven’t seen it already. Do bear in mind I’d had 2 bottles of red wine. It’s a bl**dy miracle I was still standing!

The main reason I’m doing this one is because I’m dying to tag a few of you *insert evil laugh*! So, show us what you’ve got:

(apparently you don’t have to sing your song, you can just link a video but I think that’s cheating!) 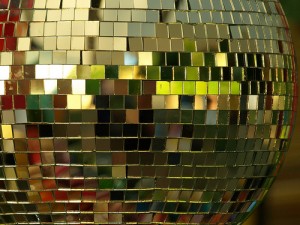 And my prediction for tomorrow night is…..

We all know that the people at the top and bottom of the leaderboard ‘tend’ to be safe and it’s the ones in the middle that need to worry.  So, there is a really good chance that we will get to ‘enjoy’ ‘endure’ Ann Widdecombe next week and if the UK public is true to their normal fashion we we’ll get to do so for a number of weeks.

Anyhow, back to my prediction, this week I think it’s going to be between the likes of Tina O’Brien, Michelle Williams and possibly Goldie.  But, I think that Michelle will be leaving tomorrow night.  I personally haven’t warmed to her and I don’t think the British Public is going to either.

On a side note, I do feel that Gavin really shot himself in the foot tonight with his narcissism.  He’s so lucky he has Wales behind him.

So what’s your prediction?  Any other thoughts so far on the program?

I grew up in North America and worked my way through Univeristy as a waitress so I’m ofay with tipping.  You tip for good service, 10-15% depending on the quality of the service.  There is none of this ‘service included’ b*llshit!  If I see it on a bill it drives me mad and often makes me refuse to pay it.  If the tip is guaranteed who is going to be motivated to give good service?

I’ve now been in the UK for nearly 12 years and for the most part I’ve got the hang of it over here.

Who else should I be tipping?  Are you like me and find the whole thing a bit awkward at times??  What is the etiquette?  I do appreciate that some people’s wages are crap and they need the tips to survive.  I’m not asking much just good service.