I was in a bit of a rush to write this up as they are open on Bank Holidays and tomorrow being one.  But for those of you who read this later they’re open Tues through Sunday and Bank Holidays from 10-5.30.

Fun for the whole family!

I’m always on the lookout for family days out, that the whole family can enjoy, not just the kids and this is one of those.  We have been to Hatfield House Farm Park before but had a truly great day out there today.  The weather was in our favour.

One of the reasons that I love it is that it is reasonably priced when you think we spent £20 for hubby and daughter to go to the cinema yesterday.  It’s £4.50 per adult and £2 per child and FREE parking.  As farms go it isn’t anything out of the ordinary, but do remember I’m Canadian and my sister is married to a rancher, with 400 cows and they think it’s hilarious that we pay to go to farms, but the adventure playground is amazing. 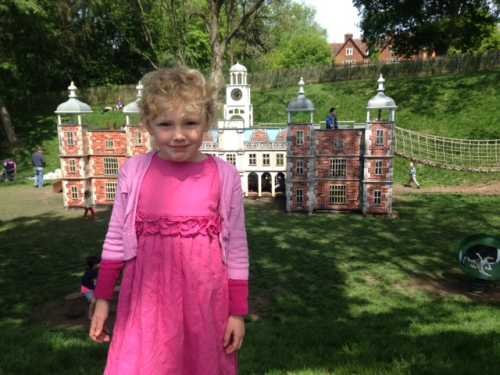 It’s set in a dip in the woods, with ample shade and a replica of Hatfield House.  As a St Albian, I’m very jealous of the quality of the playgrounds elsewhere.  I do hope our council takes note as our local playgrounds are lacking. 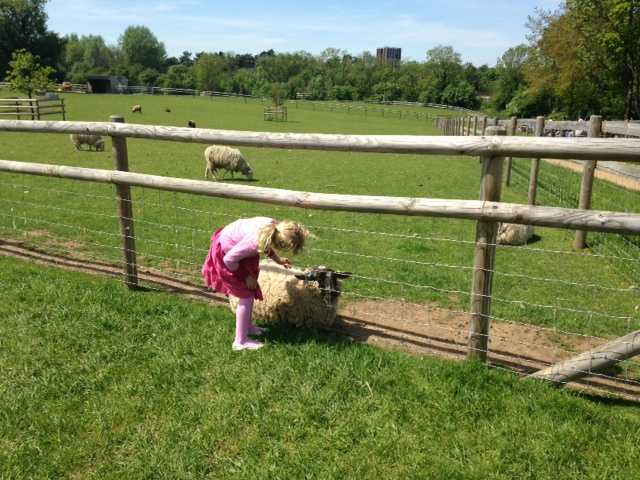 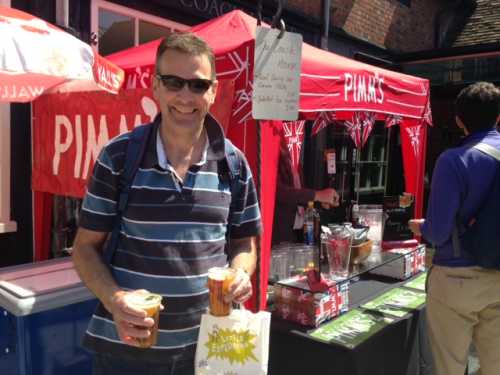 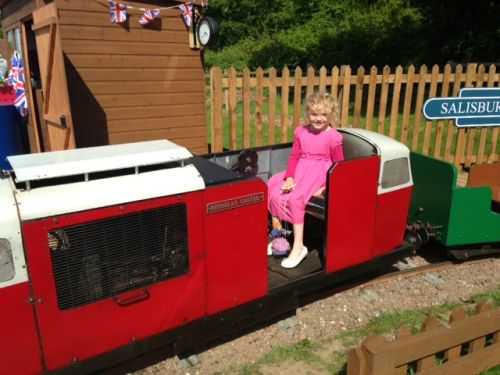 All in all it was great value and I highly recommend it, but do bear in mind the weather as there is not a lot of cover.

‘Of course you can play with the feather duster sweetie’

Have a great weekend everyone! 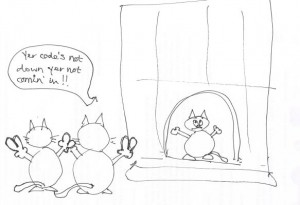 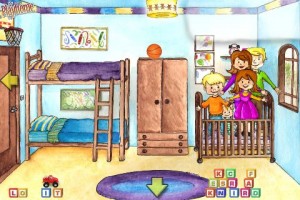 Pocket Playhome (available from iTunes for £1.49)

I know this app was designed for kids but my mate and I, both circa 40, had a scream playing with it. It’s a virtual doll house where you can move around the house, turn the lights on and off, fry an egg, open the fridge, flick the TV on, flush the toilet, open the blinds etc. Being juvenile we spent most of the time trying to kill the fish and getting the entire family to jump up and down in the cot!

Not sure what my daughter thinks yet because…erm….she hasn’t had much time to play with it because we’ve been hogging it.

I have 3 promo codes to give away to the first 3 people who leave a comment on this blog post. Please leave me some way of contacting you (twitter or email)