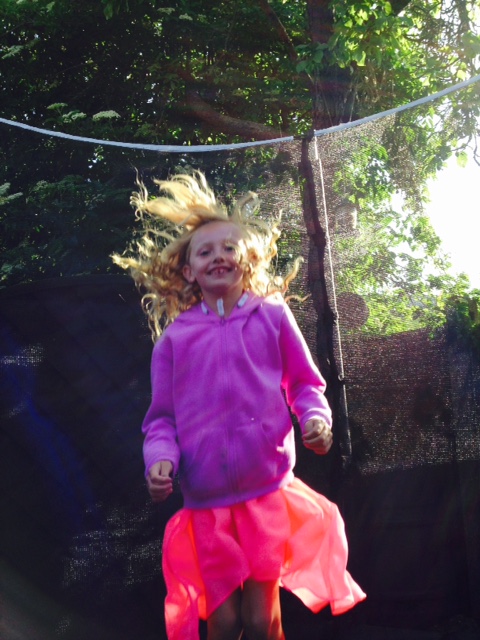 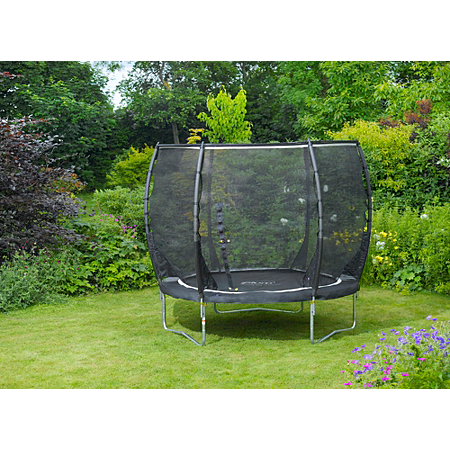 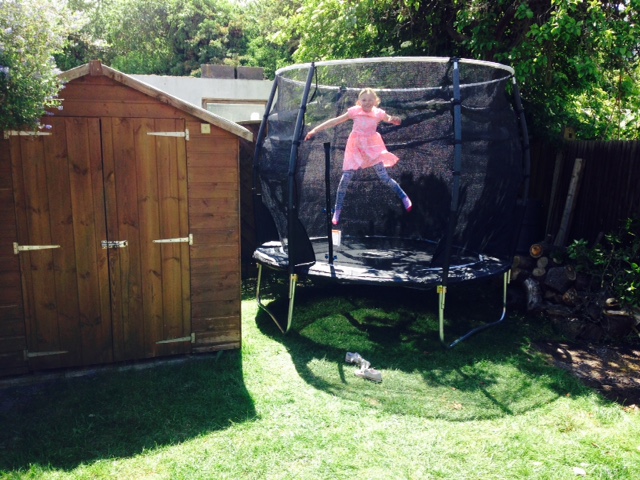 I don’t know what came over me.  Just after New Year, I don’t know if it’s guilt over the excess at Christmas or the New Year New beginnings thing, but I found myself doing some uncharacteristic cleaning and apparently I’m not alone.  I asked around and quite a few friends found themselves doing this as well.

I started by tidying my basket of cables, it was like spaghetti junction, simply using cable ties.  I can never make myself throw out cables as you never know when you may need one. 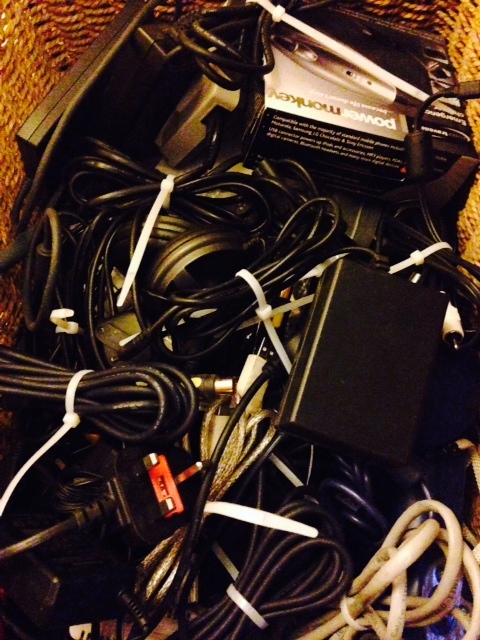 Then with a bad back, I clambered under the stairs and gave it a good clean and created some useful storage space for wrapping paper.  Personally I think it’s genius. 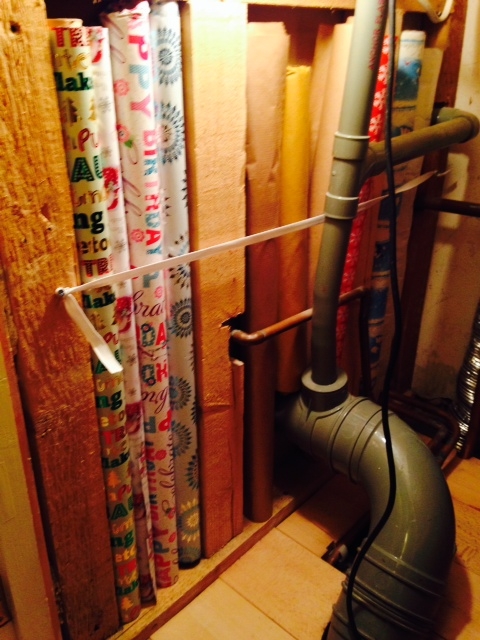 Like everyone else, under my sink, was something nightmares were made of.  I wish I took a before picture.  I found these fab shelves that fit around pipes.  I still need a few more basket to store the towels but it’s a start. 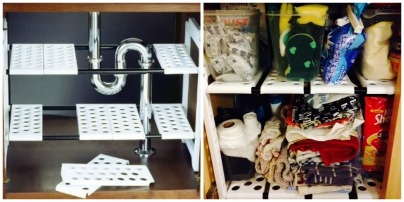 And finally, I doubled the space in my cupboard using this simple rack. 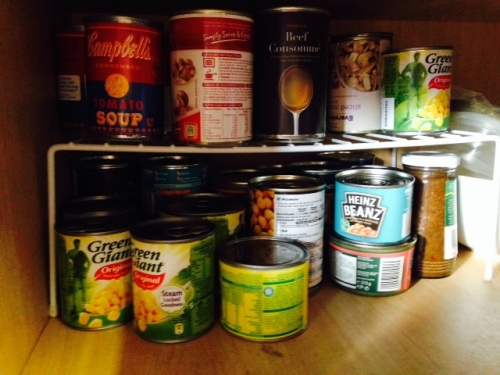 My next mission is my bedroom.  I’m on the hunt for clever ways to store scarves and necklaces.  Suggestions? 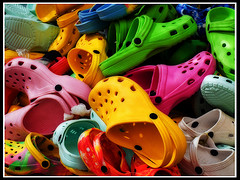 I went to my first Jelly today.  Before you ask it’s an informal work environment where people get together in a communal area to work, coffee shop, restaurant or pub; you bring your laptop, free wifi and connect with like minded people.  In this case it was all women, but wasn’t intended to be inclusive, as it was all in aid of International Woman’s Day with proceeds going to Oxfam.

We were aiming to raise £230 which will provide a loan for a woman in Vietnam to start a business and change her life and the life of her family.

We fell slightly short of the target but feel free to top it up with a fiver.

As a busy mum, I showed up late as I had to do gymnastics first, for a 4 year old and then leave hubby with a head injury to drive home.  But when I walked in it was a welcoming feeling, many familiar faces.

One of the nicest things was that people had been following our recent plight and genuinely asked about hubby. Social media really is sociable.   I had to go through the usual, introducing myself as Mediocre Mum, people guffawing ‘your Mediocre Mum’ my face goes red on cue!  Someone actually said I can tell when you’ve had more than two.  Ooops!

It really was great but if I’m honest, I didn’t get a stitch of work done, unless networking count, I just nattered.  For the most part, as an IT trainer, I work on my own so when I get a chance to talk to people I get a bit carried away.  Mind you there were two people who were hammering away on the keyboards.  True multi-taskers and my hat goes off to them!  Thanks to @morethanshoes for arranging and please can we do it again soon!   St Albans if full of amazing people!

And you’d think with minimum of 2 professional photographers I would have got a decent shot!  Sorry blame the iphone!