With so many choices these days, people still manage to pick all the wrong stationery for their special events. How long do we spend really checking out the card we get in the post? One minute tops (more likely seconds) and then it gets tossed into the waste basket. So when brides-to-be start looking for perfect wedding save the date cards for the upcoming nuptials, the first question they should ask themselves is not how to pick out something very white, romantic and … well, boring. They need something to grab full attention of the recipients and make them run straight to their kitchen calendar and circle the date in scarlet.

Here are the three alternatives to traditional save the date cards that a newly engaged couple could consider (and their guests would love to get):

1. Cupcakes Save the Date Card 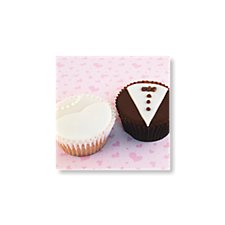 What better way to get the attention of friends than to present them with save the date cards featuring delicious cupcakes? It will help things if they are hungry when opening the envelope…Friends and family members will salivate at this prim bride and groom in cupcake form. It’s a truly satisfying design for food-lovers and can hint about the delicatessens waiting for the guests at the wedding party.

2. Bridal Shoe Save the Date Card 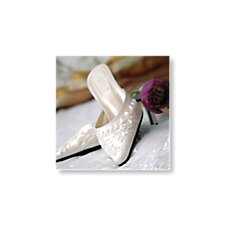 After a tiring day of being charming, this bride has kicked off her shoes in preparation for a night of romance… The glowing satin of the shoes paired with the single rose gives you a glimpse of an upcoming event almost making it real, as if it’s about to happen today (not a year from now). This provocative save the date card is a definite attention-getter.

3. Thailand Save the Date Card 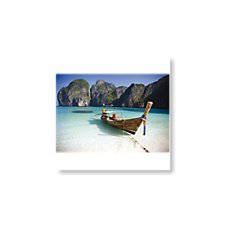 A couple who’s throwing a wedding in a beautiful, warm climate would find this design ideal. A card featuring the calm sea and the white sands undoubtedly has the power to lure guests to a wedding! The azure sky as well as the inviting seat on a boat combine to make an appealing save the date card (and will look good on the fridge too).
No engaged couple wants to find their wedding invitation under a stack of bills, put aside to look at later, or even dumped in the round file. Save the date cards with a dash of flair are a must-have for couples who want to ensure their guests remember to slip on their fancy dress shoes and show up!

I don’t live on one of the prettiest streets but it’s one of the friendliest by far.  The mums have a Facebook Group, we often meet for drinks and a take-away in the evenings, when a new baby arrives on the street everyone swarms to give them a warm welcome, you can often see people chatting in the street and we do have a street party every year.  However, this year was even more special.

The men on the street, started to filter out onto the street at 8 am to help hang the 350m of bunting, erect the bandstand and sort out the tables.  The party kicked off around 1pm.  We had a band, a cake baking competition, which a couple of woman who have lived on the street for 50 years judged, a hat decorating contest for the kids, a giant ‘flip-flop’ piñata, pin the tail on the Corgi and a burly ex navy officer painted the children’s faces along with a few of the young at heart adults!  But for the most part the kids just loved running loose in the street, it took me back to the 70s.

It was an absolutely brilliant day, a great chance to catch up with everyone and meet a few new people.  I can’t wait till the Jubilee next year! 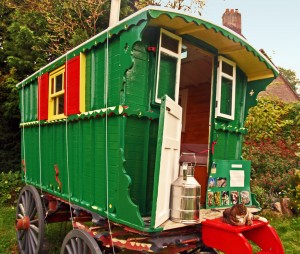