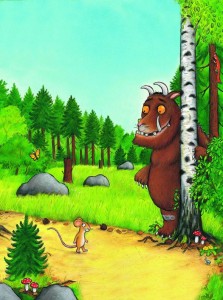 7 thoughts on “The Gruffalo Live!”