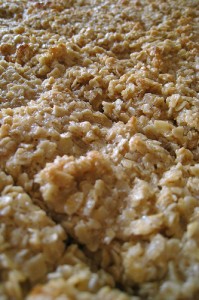 12 thoughts on “The Hidden Killer: Flapjacks”