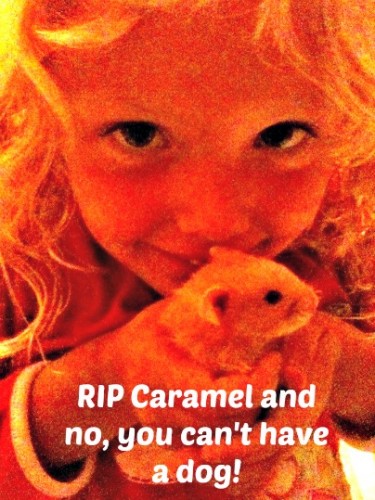 When a Hamster Reaches the End

The guilt is setting in

One day I will tell my daughter the truth…..

Upon returning home from our annual trip to Canada for 3 weeks we noticed a considerable difference in our 2 year old hamster, which is equivalent to a person in their late 80s, she had aged visibly.  Her eyes were dull, she lost a tooth and was moving very slowly.  In the past, you wouldn’t dare leave her on the floor for a minute or two or she’d be gone, now she just waddled around like a little old lady, often toppling over.

The End Is Nigh

However, a couple of weeks ago she really started to go downhill.  Caramel, the hamster, had stopped grooming herself, her bottom teeth were excessively long, her abdomen was swollen along with one of her eyes, she was incontinent and cold to the touch.   Some thought her lethargy may be down to going into hibernation, but we know our hamster well and she was definitely on the way out.

After a bit of Googling, I learned that hamsters of this age, are susceptible to tumours, which would have explained the swollen abdomen and the swelling could also be an indication of impending heart failure. I was torn about what to do.  I had a long conversation with a mobile vet and she said there is very little a vet could do besides, euthanizing her and disposal.

After reading, When a Hamster Reaches the End by David Imber, as she did not appear to be in pain and it seemed imminent, I decided to keep her at home and care for her giving my daughter the opportunity to learn about the cycle of life and caring for the elderly.  Plus, I felt that her natural surroundings would be less stressful than putting her in the car and taking her to the vet.

She could no longer feed herself, we hand fed her water, yogurt and the juice from crushed grapes several times a day.  We used cotton buds and olive oil to clean up her bottom, baby wipes to clean her fur, gave her extra bedding and I often kept her in my coat when working at the computer to keep her warm.

This went on for about a week.  Each morning, I would secretly hope that she would have passed away in the night, but she didn’t.  I really couldn’t watch it anymore so arranged to have the vet put her down while my daughter was at school.  It was all very swift and professional, using an injection, I brought her home in a box and told my daughter a white lie, that she had died naturally in the afternoon.  I couldn’t believe how upset I was,  I couldn’t even speak to the vet as I would have started blubbering, which I put down to worrying about my daughter being upset. 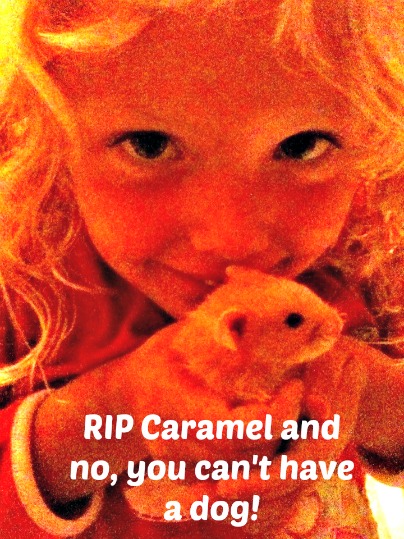 But when I told my daughter, she asked to see her, went up stairs, gave her a quick cuddle and then quickly said, ‘can we bury her now?’   The actual burial was more humours than sombre.  The area she chose to bury it was laden with tree roots and dry soil, but with the help of a neighbour and an axe we managed.  Plus, I never realised what a busy thoroughfare the area was, full of cyclists, dog walkers and commuters all looking at us suspiciously but with a quick over the shoulder remark ‘Hamster’ it appeased their curiosity and they carried on.

In the end, I’m glad we did keep her at home for a time so we could care for her and keep her as comfortable as possible and I think it gave my daughter a chance to say goodbye properly and made it all a bit less tearful.

Would you have done the same?