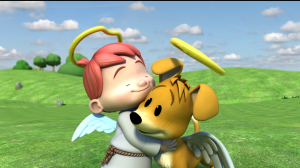 6 thoughts on “What should I tell my daughter about religion?”