Available from I-tunes for .59p

I hate writing bad reviews, but I was sent the Toddlers Seek and Find App by Wonderkind to try out.  I have to say I wasn’t that impressed.  It really doesn’t do that much.  There are 3 areas to explore:  My Farm, My Forest and My Zoo.  Children just click on the animals in the picture and the animal will then do something.  For example, a deer eats the vegetables in the garden, the elephant sprays water and in the case of the pig it farts in the sheep’s face.  However, I must admit my daughter thought this was hysterical.  I think the worst thing as you will see by the image is that they spelled Toddler wrong???

I have a little toothbrush
I hold it very tight
I brush my teeth each morning,
And then again at night

I wish this were true.  I know my daughter is supposed to brush her teeth twice a day but too be honest we only usually do it once a day and sometimes we forget all together.  I can only blame it on the mayhem that comes from having a 3 year old in the house.  Some days getting her dressed is enough to get me sectioned.  In my defence, they’re all going to fall out anyhow and maybe I can get a reduction from the Tooth Fairy for sub standard merchandise?

Joking aside, I’ve taken her to the dentist to have her teeth counted and to get her used to visiting the dentist.  The dentist, who is also a very good friend, was happy with her oral hygiene.  However, I do need to make more of an effort instilling regular dental hygiene habits.

We were sent a Hello Kitty Firefly Toothbrush, you press a button and the light flashes for 1 minute, which is the recommended time they spend brushing either their top or bottom teeth.  As you will see in the video below, we still have a long way to go but it’s a start.  I like how she uses her shirt as a flannel!  Nice!

I think they only cost a couple of quid and would make great stocking stuffers and are available from Argos and Lloyds pharmacies.

PS.  The reason she is brushing her teeth is because she had just had some chocolate.  I’m sure you noticed it on her PJs!

To help get me through the Christmas Season I’ve just loaded my phone up with some new apps to keep Madame entertained.  I can’t wait till she rings Santa! 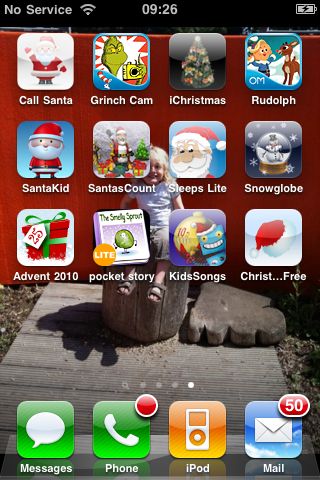 Once you’ve survived Christmas here are a few other recommended apps for pre-school. 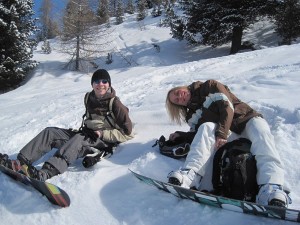 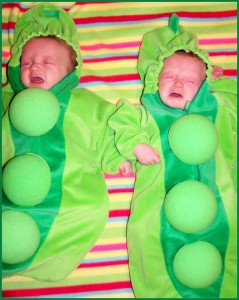